In Part 1 of this blog series, SecureTransport Cluster Models Overview, I introduced the reasons to consider clustering a SecureTransport Managed File Transfer (MFT) environment and an overview of the different clustering models. In Part 2, we will dig into the Standard Cluster model and the three modes in which it can be configured.

There are a few things to be aware of with the operation of the active-active Standard Cluster model:

In the event of the primary server going down, the secondary server becomes the primary server and unsuspends its own Transaction Manager, Scheduler and Folder Monitors. Just as with the active-active Standard Cluster, this failover happens automatically and does not require any human intervention. Any jobs in the event queue will not be lost and will start being dispatched by the new primary server.

Secondary server(s) are active meaning that they can not only process existing load but are already available to assume more load and take over as the primary if the primary server fails.

Some considerations with the active-passive Standard Cluster are:

Primary reasons to consider an active-passive Standard Cluster versus an active-active cluster are:

This is the oldest active-passive clustering model. In this mode only the configuration data is synchronized between the primary and secondary servers—the Event Queue and Sentinel link data are not synchronized.

Only synchronizing the Configuration data, and not the Event Queue or Sentinel link data greatly reduces the amount of data that needs to be synchronized between the servers as synchronization of these tables typically accounts for 60 to 80% of the chatter between the servers. This has both positive and negative ramifications.

Some considerations with this mode include:

Tip: Configuration can be performed from any server in the cluster. However, if it is done on a secondary server, the changes are first replicated to the primary server and then pushed back out to the secondary server(s) resulting in a double-hop and additional load. Therefore, whenever possible, perform configuration activities on the primary node so that the data only needs to be pushed out to the secondary node(s).

Read part one in this series: MFT SecureTransport Cluster Models. The value of a modern MFT solution Forget about “Divide to conquer,” think “consolidate to control!” What is a modern digital MFT ecosystem?

Search within the Blog Digital business is a game-changer. And MFT can still be the MVP. [INFOGRAPHIC] ﻿Hybrid Integration and MFT innovation: How they work together AMPLIFY MFT facts: What you need to know 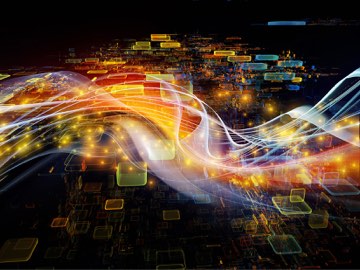 Modernize your Managed File Transfer and empower your business

GET THE WHITE PAPER